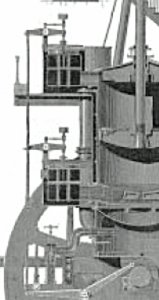 A Cornish Engine in the USA

“The only two non-William West lattice beams I know of is the Harleem Meer Engines in the Netherlands and the President Engine in the USA. The former was influenced by his Austen’s engine, and the latter designed by his nephew, John West”  From a talk given to the Friends of Luxuylan  Valley

This was my sole knowledge of the President Engine before I started this short series of posts; some throw away lines that I soon discovered greatly undersold this very important piece of Industrial heritage.  Before this blog moves on to new topics, I will gather together the posts in an index.

The President Engine was claimed to be the largest stationary engine in the world, and is

the it is the only remaining Cornish Engine house still standing in the USA. It was built by John West from Cornwall, forming an important example of how the Cornish engine concept being developed to meet the needs of North American mining industry.

This is an engine that deserves more recognition; a site that forms not only an important part of the USA’s industrial heritage, but also that of Cornwall’s rich engineering history. 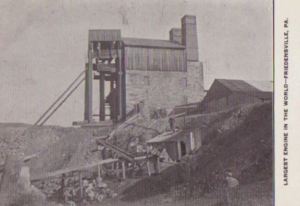 During the writing of these posts I discovered that there was a large amount of activity underway in the USA to preserve the President Engine house. I will update this blog with progress of that work, and hopefully will sometime in the future have the pleasure of hosting a post starting with the title “Reasons to visit the President engine house”. Meanwhile, if any readers know of websites or publications relating to the engine please drop me a message and I will gladly pass on the information here.

And finally, many thanks to  Mark Connar for providing much of the information within these recent posts. Good luck over there across the pond in preserving this wonderful piece of mining heritage.

Here are two publications on William West of Tredenham, the last Great Cornish Engineer; one a paperback, one a Kindle publication. 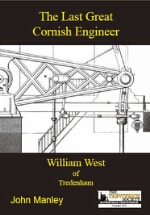