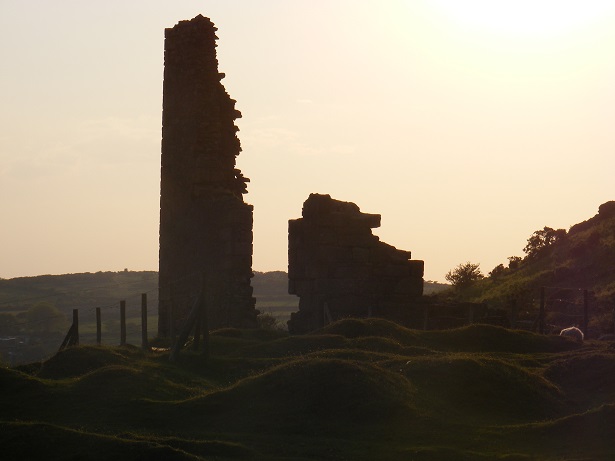 The resurrection of the ‘Views of South Caradon’ website now moves out of the Seaton Valley to the engine houses that lie on the southern slopes of Caradon Hill.

The Ruin of Rule’s Engine House

This engine house is a stark contrast to its nearby neighbor at Holman’s shaft. Whilst Holman’s massive house dominates the southern slopes of Caradon Hill, Rule’s has only one corner standing to full height, the remainder being no more than a pile of rubble. 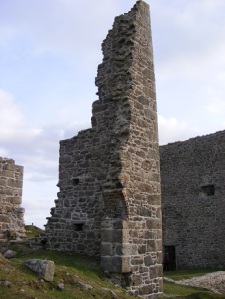 A military exercise was the probable cause of the transformation of this Cornish engine house into collapsed ruins.  It originally housed a 40″ engine (Kenneth Brown), which proved to be insufficient to pump the mine as it expanded eastwards, and therefore was supplemented by its larger neighbor. The engine at Rule’s was installed in 1863 as a result of the mine extending its workings eastwards, away from its original focus in the Seaton Valley.  The engine was originally working at South Garras Mine, near Truro. Webb and Geach state that the engine was 60″.

Rule’s ruined condition makes it a challenge to determine its layout; its shaft was on the eastern side, and its boiler house to the north. These boilers may have shared a chimney with Holman’s shaft boilers.

South Caradon’s Rule’s shaft engine house the ruins adorns the cover of ‘History and Progress of Mining in the Liskeard and Caradon District’.